Merton Citizens is an alliance of organisations - churches, mosques, schools, and hospitals - working together to make a difference in our Borough.

Merton Citizens builds the capacity of people to participate in public life, to act together for the common good, to win change, and to strengthen civic institutions in the process.

At present our parish is one of 15 institutions planning work around various areas - housing, mental health, litter, and welcoming refugees - in preparation for the public launch of Merton Citizens in April 2018.

We are excited to be in on the start of this inspiring project, which is part of a nationwide Citizens movement that has been organising communities for several years.

Look out for more information.

Find out more about Citizens UK and South London Citizens.

The Founding Assembly will take place on Thursday 19 April, 7pm, at St Mark's Academy. Come along to one of the largest community action gatherings our Borough has known. 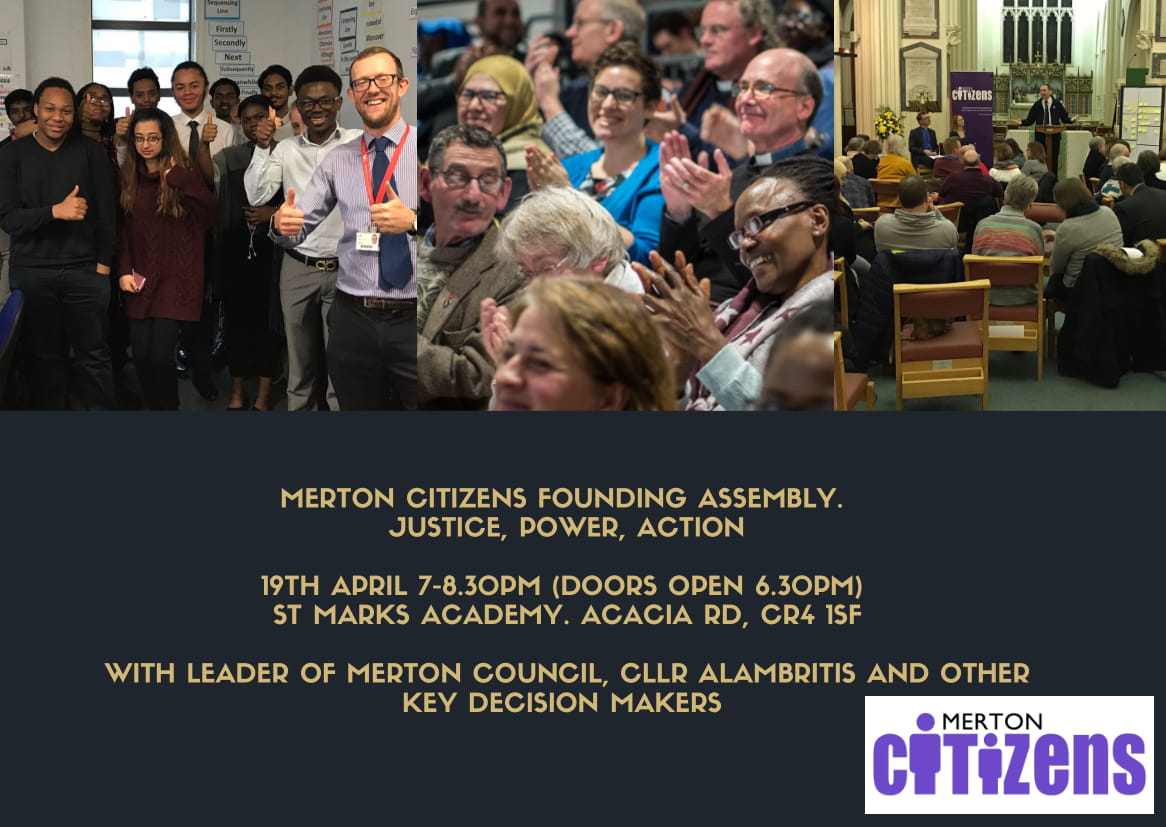 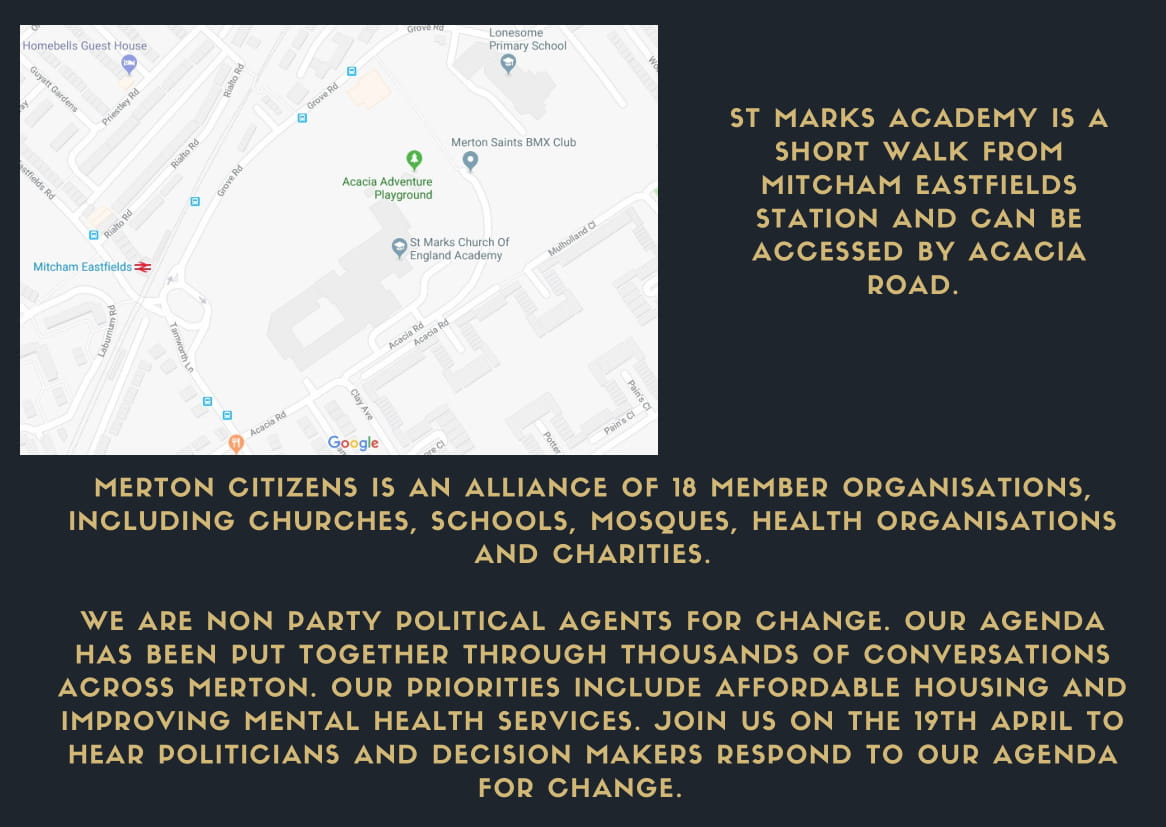